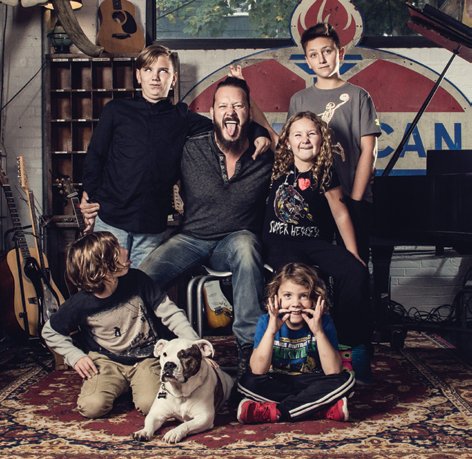 Lyjha Wilton, father of 5, entrepreneur and real estate developer, was named one of Rochester’s Forty under 40 by the Rochester Business Journal in 2007. He predicted that in 10 years he’d be “enjoying the successful resurgence of the South Wedge. I will be investing in the southeast area of the city through property rehabilitation and community development work.” Originally from Lowville, New York Lyjha’s first property purchase was a cheap 4 family house on Bond Street. His business, Boulder Coffee Co., celebrates its 10th anniversary this year. “I am very proud of the intersection at Alexander and South Clinton,” says Wilton. “That was once a bunch of dilapidated crack houses when I started buying them. Now it is an awesome place to live and play. Boulder, Napa, Kamikaze and La Casa are now thriving businesses in former rundown buildings... The transformation is remarkable.”

The last couple years have been a tough time for Wilton. But that hasn’t stopped him. “In the beginning, when I was the little guy just trying to make a difference, everyone supported me and applauded my efforts. Now people who don’t even know me just want to knock me down and vilify me.”

“The La Casa lawsuit was awful,” explains Wilton. “The media misinformed the public and they declared me guilty without all the facts. I fought back and proved my innocence but of course that didn’t make the news. I have spent the last 15 years of my life working to improve the city, improve properties, open businesses to support the neighborhood, and recruit new businesses for the South Wedge. I am very proud of the year of hard work I put into the process of bringing Abundance to my property at 571 South Avenue. It was extremely difficult. The entire process I was battling against people’s perception of me as a person based on the La Casa lawsuit. It almost prevented the deal from happening. The loud voices of a few, which judged with no actual facts to support their opinions, were a constant issue to overcome. However, I persevered as I felt strongly about how much it would benefit the community. I turned down multiple other offers on the building because my position was so steadfast.”

While Wilton finds a work/life balance extremely difficult, “being the best dad possible and making time to enjoy life and love doing it” are his priorities. Some of his favorite things to do in the South Wedge include sipping on Lyjha-ritas at La Casa, “walking the neighborhood and thinking back over a decade remembering how it once was, riding my motorcycle down South Avenue, stopping by old and new businesses to see what’s what in the neighborhood.”

Others have tried to define Wilton from what they’ve heard or read but he describes himself as “an artist; I am a hard worker, I am a father to 5 amazing children who think I am the best dad in the world, that being the most important thing to me.”

“And there is only one way to avoid criticism. Do nothing, say nothing, stand still and let the world go by... Well, that ain’t me babe, and the one luxury I have earned by living this life is that I don’t have to pretend to be someone I’m not for anyone else’s benefit.”