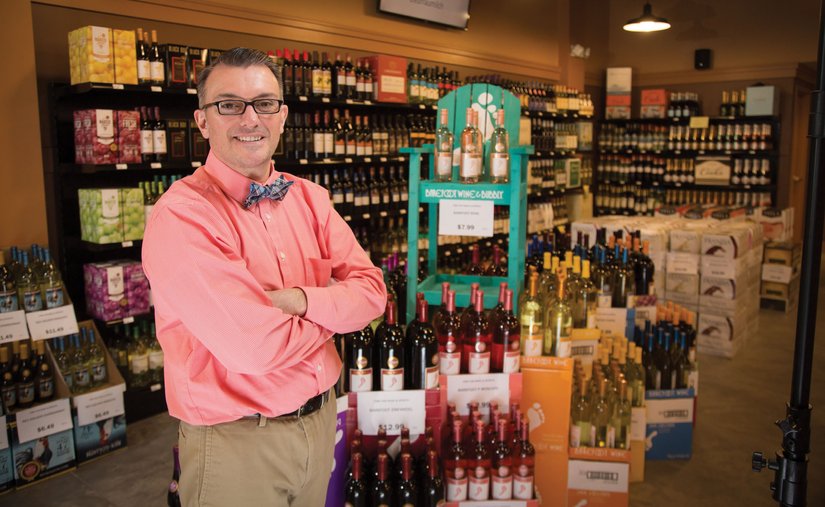 A Time For Wine

For weeks, looking in from the outside, the store looked well stocked, but the long-awaited opening of Time for Wine was held up by software delays. Finally, at lunchtime on April 27, the “Open” sign lit up and owner Thomas Williams welcomed his first customers. He said, “I’m not doing anything extravagant for it. Just a sidewalk sign that says WINE TASTING TODAY.”

Now in the heart of the Wedge you can find Bully Hill, Wagner, Maison, Hazlett, Dr. Konstantin Frank, Barefoot, Our Daily Red, Rex Goliath and Beringer. Boxed and bottled wines include Vella and Naked Grape, Black Box, 19 Cremes, Yellow Tail and Monkey Bay. Got a sense of humor? There’s Funf 5 and Mommy’s Time Out, Midnight Moon moonshine, Bird Dog maple whisky, and Three Olives vodka. Italian labels include Bella Sera and Cielo. More into mixed drinks? He carries Big Bucket Margarita mixer as well as mixers for Bloody Mary and others. He’s got the standbys from Jack Daniel’s and Seagram’s to Kahlua, Amaretto and Tequila Rose to Rum Chata.

Bubbly, gin, whiskey, vodka – he’s got it. Tom aims to carry everything that people would drink every day. He special-ordered some odd balls – red blends from California and around the world and let me in on an insider tip: the way to tell the predominant flavor in a red blend is by the shape of the bottle – a wider neck for a zinfandel, a narrower neck for cabernet or merlot. A red-blend that he went out of his way to get is an Australian wine called 19 Crimes which has the distinction of having a different punishment and crime on each cork.

As for how he got into running a liquor store, Tom said that when he was growing up he wanted to be a police officer, a fireman and even a priest. For a time he worked in retail in small department stores, while his brother-in-law worked at a liquor store. After Tom received his associates degree in business administration from Erie Community College, he got married and worked full time in accounting. Since he hated sitting at a desk, his wife Cathy encouraged him to start his own liquor store which opened in 2007. It was his first business; he started from scratch, and it did well. That shouldn’t be a surprise since he is always willing to listen to customer requests.

After several years, his wife was offered a job out of state and declined it because their children were young and they wanted to stay in the area. She was then offered a job in Rochester and they have now lived here for five years. His store was 70 miles away and sales were steady for two years, but he quickly found a buyer for it and sold that business in 2015. As for how he found this location? Believe or not – he found it on Craig’s List.