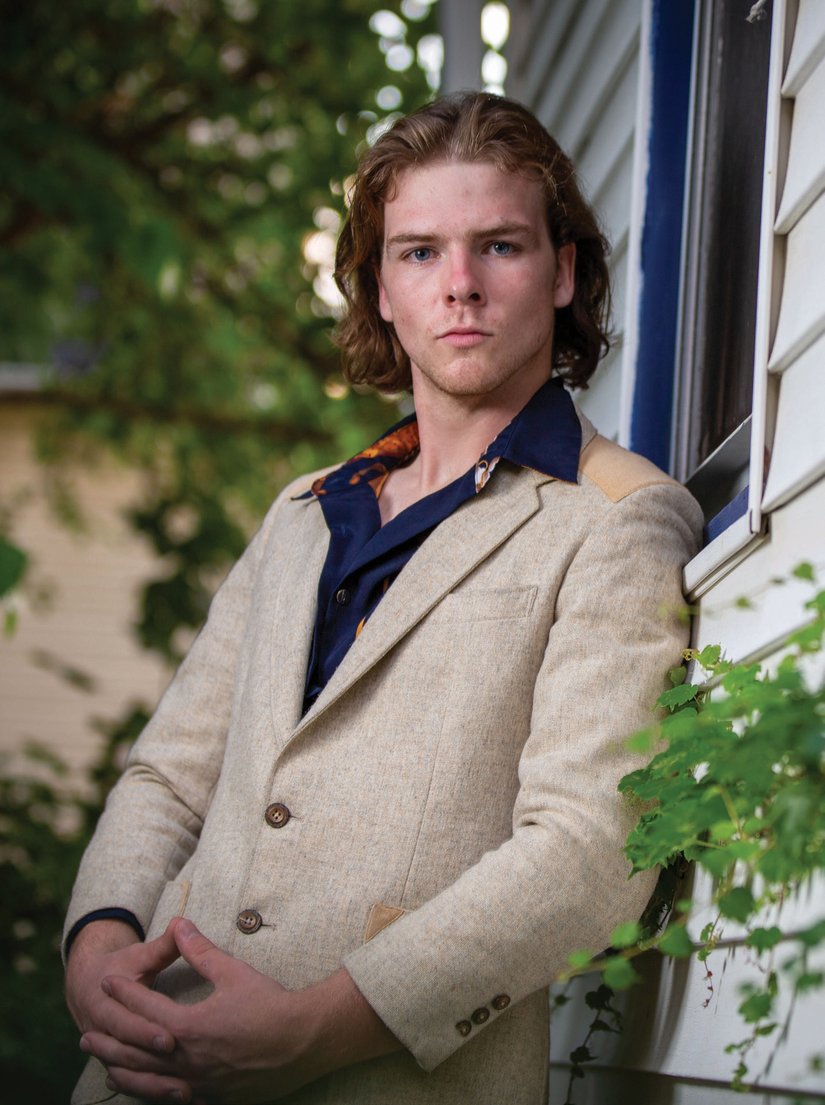 Being a creative in Rochester is what Austin Lake does. A man interested in many creative pursuits, Austin writes, performs, and records all his own music as well as writes, directs, and shoots his own movies. And of course, he combines his two creative passions into music videos, combining his visions with his music.

So much of Austin’s love of the arts came from his upbringing. His father passed along the love for music and movies to Austin and his brothers. With a drum set in the basement and spaghetti westerns on the television set, Austin’s love for film and music grew.

Dedicating his life to the creative arts makes for a busy schedule. Austin can play four instruments, drums, bass, guitar, and piano which he puts to good use as he is a part of two bands, The Televisionaries and Aweful Kanawful. You’ve probably seen him play at the Bug Jar, Flower City Station or Lux. The Televisionaries is a band Austin plays in with his older brother Trevor and his younger brother Brendan. They play the local scene, doing a bit of touring on the east coast, and even playing backup for a musician in Canada.

Aweful Kanauffle has had an interesting journey in Austin’s repertoire. Austin didn’t feel the need to wait to record his music in the traditional methods, taking his creativity into his own hands. Instead, he records his own music, engineering and finishing all of his original tracks himself. His songs are never stagnant, however, and saw the works more than through the performance of a single musician. Aweful Kanawful transformed from a oneman band to a ten-piece group and Austin once again recorded his songs. The artist sees the works as transformative and works with them as such. Then, in an effort to increase the chance of the band being booked, the number of instruments dropped to five, to keep the logistics of the live performances a bit more straightforward.

In addition to playing music, Austin is also a moviemaker. For over a year, Austin has been writing, shooting, and editing Pharaoh’s Lonely Ego using Rochester and his own home as the backdrop. The film is about a young musician and his brother and the challenges that come along with fame. Along with the words being original, the soundtrack are his own songs, and the vision of the movie coming from his own creative mind. He has written 3 full length screenplays and hopes to make each and every one of them. Austin plans on completing Pharaoh’s Lonely Ego by the end of 2019 and showing it at The Cinema at the end of this year.

Music videos are another outlet which mesh Austin’s two loves into one great creation. According to him, his favorite video he has created recently was for “Electric Caviar” which you can see on his Youtube channel.

You can catch Austin and his band around the Rochester area. Check out his social media pages by following the handle @austinlake.