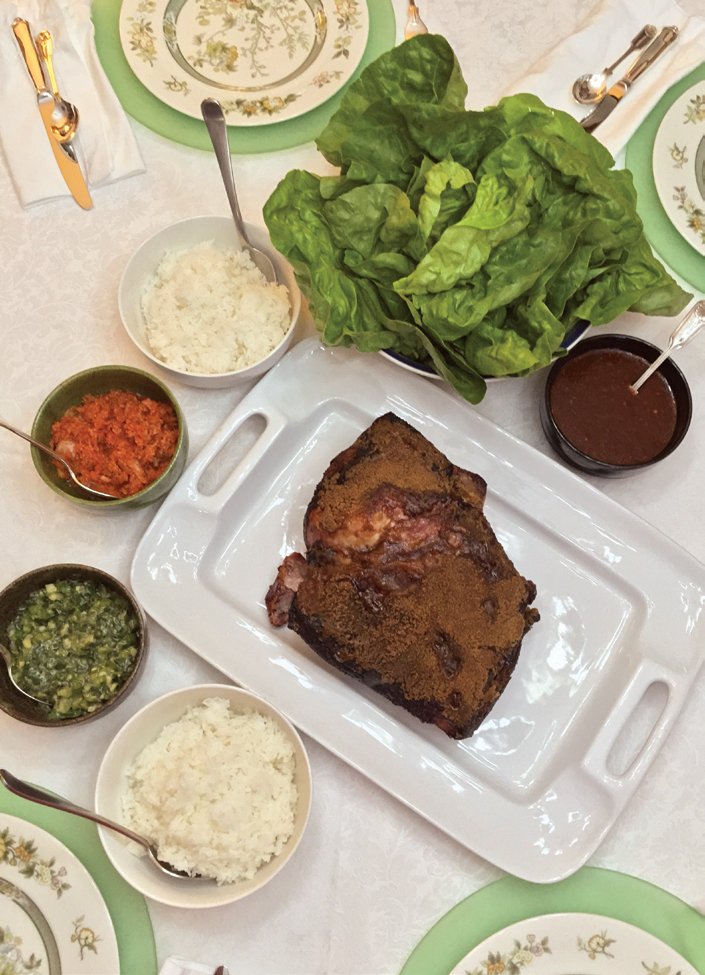 NEW YEAR’S DAY. The end of the holiday season until the run up to President’s Day. It’s a day of recovery for some, of reflection for others. An arbitrary day in our lives when the slate has been wiped clean and we can write our hopes for the coming year. I’ve never been big on New Year’s resolutions, mainly because I never keep them. Many people have traditions for welcoming in the New Year the best way possible. Some wouldn’t dream of not serving Pork and sauerkraut on New Year’s Day and risk a year of calamity. This classic dish is supposed to bring good luck for the coming year. Pigs relentlessly root forward as they eat so are considered a symbol of progress. From Sara Bir of the Serious Eats blog “Pork has always been a cultural touchstone in Germany and Eastern European countries. Peasants who raised pigs slaughtered them in the fall, in part because it’s a good food safety practice to embark upon the time-consuming task of butchering a large animal when it’s cold outside. The weeks following the slaughter afforded more fresh cuts of pork than the preserved hams and sausages relied upon otherwise, and a family could plan ahead and reserve a choice cut of pork for New Year’s Day. As for the sauerkraut, the fall likewise was the height of cabbage harvesting, and thus the shredding and pickling of pounds and pounds of it to preserve as sauerkraut... it can take six to eight weeks to ferment. Besides that, the long shreds of kraut are thought to symbolize a long life.”

Pork and kraut is not my favorite so for an Asian twist on the traditional New Year’s Day dinner I like a variation on Bo SSam. It’s got the pork part covered and one could make the argument that kimchi is an Asian version of sauerkraut. Although the cooking time for the pork is 6+ hours, the preparation for this dish is fairly simple. The sauces take less time to make than the trip to the Asian market to find the ingre- dients. I’d recommend looking up the ssamjang and kochujang online and printing out a picture. It will be easier to find or ask for at the market. I’d also recommend brushing off any excess salt/sugar of the dry cure from the pork before putting it in the oven. Even at the relatively low temperature of 300 degrees that sugar will burn quickly and smoke up the house. I’d also recommend basting the pork just before ap- plying the brown sugar in the final step. The sugar will melt into the fat a bit and make a nicer crust. Then all you need to do is gather your friends around the table and pull apart the pork, wrap it in the lettuce leaves with rice and sauces and reap all the good luck you can. You’re gonna need it!