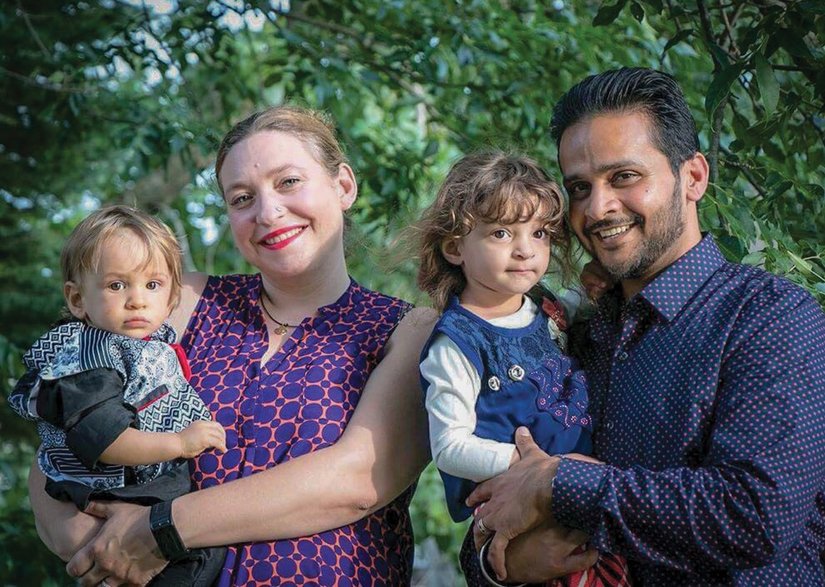 Michelle and Kanwal Singh, new owners of Boulder Cafe, at 100 Alexander St., know that Boulder has a loyal following. When Michelle looked at the menu, she aimed to keep most of it the same while sourcing more items locally, and partnering with local businesses. They have a full liquor license and have increase d their beer selections to 27, many of them local. Boulder has teamed up with Asad Muhammad, owner of Taste of Supreme, for baked goods. Asad makes a coffee cookie for them, using coffee grounds in the dough, and sells Boulder’s coffee at the Public Market.

Michelle, who was born in Rochester and grew up in Byron, Genesee County, graduated in 2007 with a degree in archaeology from SUNY Potsdam, and then worked from 2007 to 2009 as director of the Historical Society of the Tonawandas. She was working in Arkansas when she met Kanwal. “Life takes you in so many directions”, she said.

After spending two months in India for their wedding in December 2013, the couple moved in 2014 to Byron, close to her parents. Kanwal has an MBA from Punjab University and was working as a truck driver in the U.S., Monday to Friday. He loves Rochester! Even before they had met, he was always drawn to the city through his travels and finished his CDL training here.

After they moved to the area, they started looking for a business and Michelle said, “I always wanted to own a coffee shop.” It took a year through a broker to find the right one until Boulder became available. Between the time they closed on the business at the end of June, Michelle completed her Masters in organizational leadership from Medaille in December, while working full-time at a remote job and parenting their two children. These days, their three-year old daughter goes to pre-school and their 20-month old son just started daycare, after being taken care of by her mother and visiting mother-in law. While she enjoys living on ten acres on a dead-end street near her parents, the commute into the city is long.

The truism that if you want something done, ask a busy person, applies to either of them. Her focus is on the PR side of the business, while his is on management. She also wants to use the cafe as a forum for immigration and local/global connections, tying in with the Refugee Resettlement program.

In answer to the question, does she know about Hippity-Hip? Yes, and this child-friendly venture carries Boulder coffee. Michelle and Kanwal also own the roaster at the Public Market, which she explained is behind the scenes and where they roast coffee. And to the other question, she said, no, they were unable to buy the building on Alexander Street.