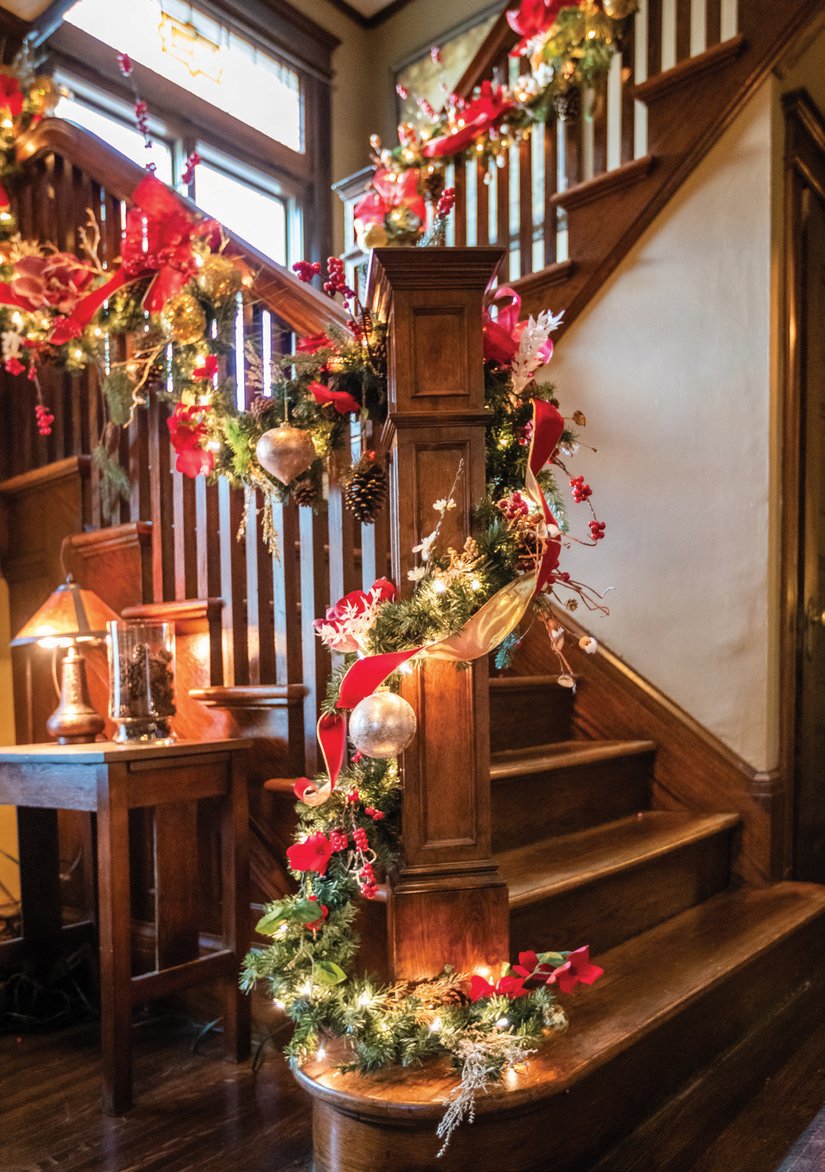 In case you didn’t hear, Bradley James Designs has relocated to the South Wedge. The storefront, previously home to Flower Power Déco, has been in the hands of Bradley James and his captivating designs for a year and a half. A native of Livingston County, James worked for 17 years with an illustrious designer in New York City. There he created floral masterpieces for the bridal likes of Sarah Jessica Parker and Vanessa Williams. During his time in New York, young and hungry, James worked long hours, traveling extensively all over the world, but eventually the impending burn out became real. The furious pace began to take its toll. The draw to work for himself, choose his own projects and make his own schedule was too tempting to ignore. James decided that after almost two decades, it was time to come home. He has lived in the Corn Hill neighborhood ever since. Initially James had his floral design shop in Geneseo, N.Y. which he operated for 17 years.

The space in Geneseo worked for him, describes James, especially due to its intriguing history. The historic structures at the end of Millennial Drive in Geneseo had gone through many iterations. At one point it housed an insane asylum. What was particularly attractive to James was that property owner, Greg O’Connell, allowed them to do as they wanted with the space, lending it to their creative vision.

James managed a large team of designers and multiple weddings in one weekend upon the move to Upstate. As the business, the team and the number of projects increased, the creative control decreased. After a busy weekend, James would decompress in his limited time off and reflect on the completed projects. He soon realized that dozens of pieces were out there that he didn’t have a hand in making and had never seen. James knew he needed more oversight with each piece that was made. Hence Bradley James Designs. At the same time, although being a part of the county where he grew up was a great fit as business grew, he was attracting more clients from Rochester. So after almost two decades in Geneseo, James and his partner Jeffrey, decided to move to where a majority of their business took place. James and his partner always knew they loved the South Wedge, with the main street retail nuances (and the great business association of course!) and had their eye on the neighborhood for quite some time. The right space didn’t become available until Lisa Meyer called James to offer her shop front to him. That was when he found the business’ new home. You would think that a floral design company would have a season, but not when it comes to Bradley James. In regards to weddings, the designers are booked 18 months to two years in advance and only have a few weekends still remaining for 2021. The holiday season does include weddings, but a lot of what is on James’ docket are corporate clients. These clients need thank you arrangements and decor pieces for private homes such as mantelpieces, bannisters and centerpieces.

The storefront on South Ave is open to the public and James encourages folks to drop in. One is able to pick up flowers, of course, but also interior decorating pieces, vintage things and now with the holiday season upon us, ornaments! The items are ever changing, so be sure to stop in often. Bradley James was kind enough to offer a few decor tips and he says, “This season, think fresh. You don’t necessarily need a large, fancy centerpiece but instead something fresh that hits several senses.” James goes on to say that some of the best centerpieces for the season are juniper, cedar, magnolia, boxwood, holly - all things that will last now until the end of the year if you take care of them.

James also encourages creativity; try coffee beans in the bottom of a candle holder. Not only will it give you a great, warm aroma but also a beautiful brown color. Try using whole cranberries, fitting a big cylinder with a smaller cylinder with whole cranberries in-between. James himself is a big fan of fruit. He says items such as pomegranates, artichokes, decorative kale, pinecones, white asparagus can make for some beautiful arrangements and give your decor a pop of color and texture.

Even with his busy schedule, the big move, and the holiday season right around the corner, Bradley James Designs still had the time to go international. Keep an eye out for his work in international publications such as French Vogue and GQ in the new year. And for the future? Bradley doesn’t picture retirement as he still loves what he does and doesn’t foresee that stopping anytime soon, so why should he?