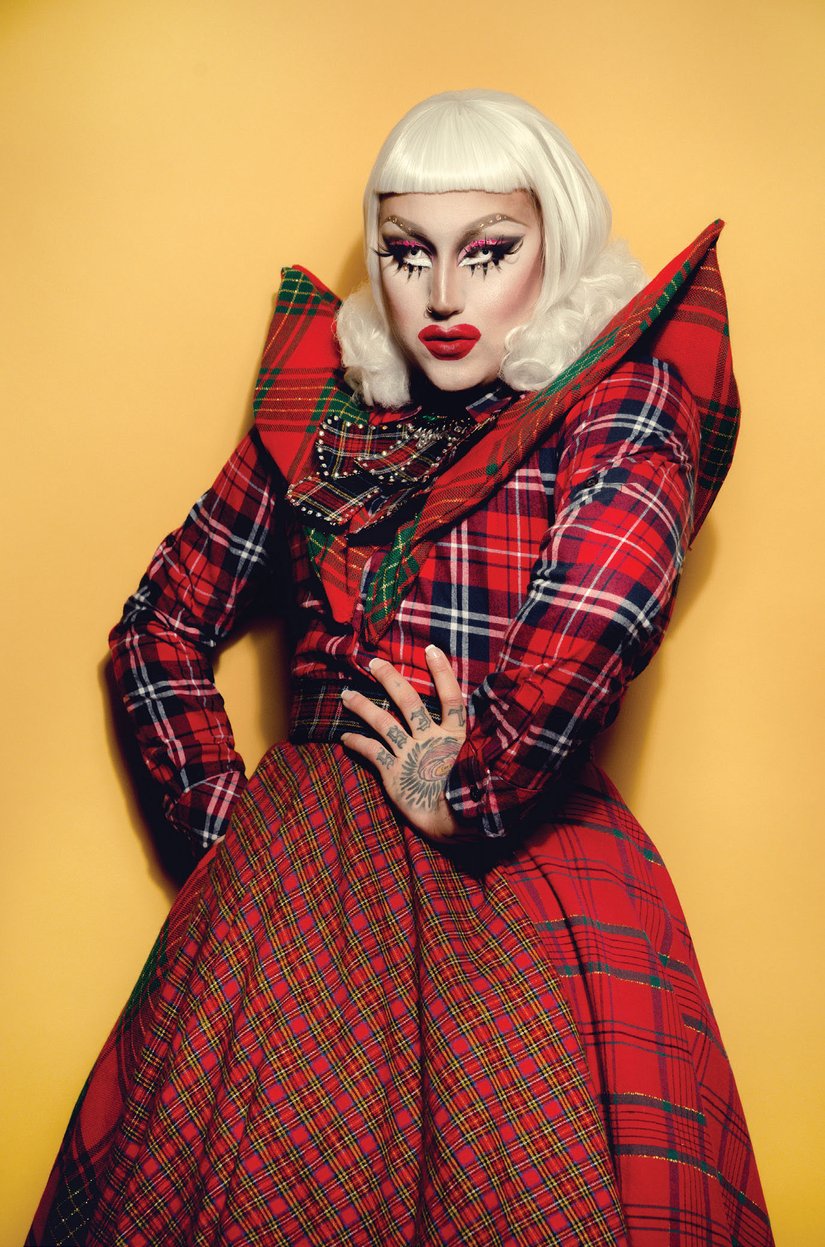 Wedge resident Dewey Rice doesn’t originally hail from Rochester but he’s well known here. You probably know him best as Wednesday Westwood, the gloriously goth and punk-inspired drag queen. Dewey grew up in the Watertown area but after spending two years at the Mohawk Valley Community College he knew that Watertown was not the place for him. Lucky for us, he ended up in Rochester in 2008, falling in love with our city and all the opportunitiesit had to offer him.

An obsession with special effects makeup, especially zombie make-up is what led him to drag. He would spend hours at home experimenting with special effects makeup which led to him also try his hand at more feminine looks with makeup. At the same time a desire to be on stage and front a band started to arise within him. The band thing never panned out but a better idea was born, something that would incorporate Dewey’s passion for makeup and performance - drag. This is how Wednesday Westwood entered the world.

The name Wednesday Westwood comes from two sources. The first name comes from Wednesday Adams, the somber, hilariously dry and dark daughter of the Adams Family. The last name is taken from Vivienne Westwood, a British fashion designer who is credited with being largely responsible for bringing punk fashion into the mainstream.If the origins of the name didn’t give it away Ms. Wednesday Westwood is heavily influenced by punk, horror, and creepily beautiful things. Women such as B Movie actress Tura Satana, singers Siouxsie Sioux and Courtney Love, Club Kid icon and performance artist Amanda Lepore, and villainesses Catwoman and Maleficent all lend influence to Westwood’s look and persona.

The transformation into Wednesday is no easy, breezy task. Between Wednesday’s intricate makeup, hair, and clothing it takes over two hours to complete her bewitching, unearthly look. But it’s all worth it, which anyone will concede once they’ve seen her performance.

Currently one of Wednesday’s favorite numbers to perform is her Danny Devito Penguin number. She dresses up in her Oswald Cobblepot-like couture and performs to the song “When I Rule the World” (by the artist Liz) which is spliced with dialog from the Batman Returns movie. At the climax of the song the Penguin’s overly dramatic speech about how he plans to take over Gotham City cuts in. Then with a twirl of her spiraling parasol the song resumes and Wednesday launches back into the remainder of the song.

When it comes to those interested in performing drag Dewey had some great words of wisdom to impart: “Maintain a good and positive attitude (you want people to like you, not dread the sight of you) Show up on time and prepared. Avoid drama at all costs! It’ll just distract you from the bigger goal, which is being as fabulous as humanly possible! Be respectful of your fellow queens and anyone else around you for that matter. WASH YOUR UNDERGARMENTS! MOST importantly: BE YOURSELF. Focus on being original and different as long as that is you. YOU’RE A DRAG QUEEN. Don’t ever try to blend in!”

Don’t forget that you can catch Wednesday Westwood performing at Lux Lounge every month!