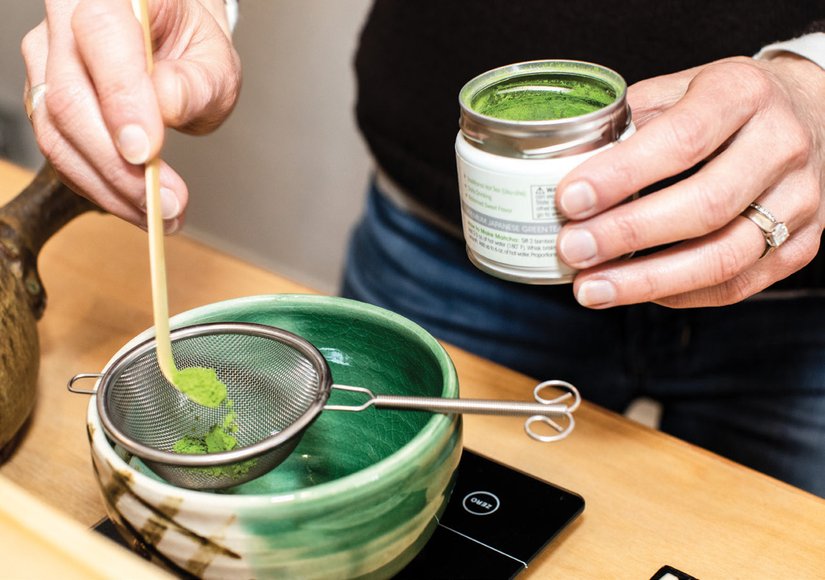 Green tea, like all other true teas, come from the plant camellia sinensis. But the way in which it is processed, green tea is considered to be the most pristine form of tea, preserving most of the chemicals as found in fresh leaves of the tea plant. For this reason, it has been lauded for its health-giving properties more than any other kind of tea.

The polyphenols and catechins that make up the anti-oxidant properties of tea have now been studied for a while. Indications are that these chemicals can help in preventing certain kinds of cancer, coronary diseases and even Alzheimer's. Interestingly, throughout history tea has always been regarded as a healthy beverage. In fact tea was consumed as medicine in the Han Dynasty (206 BCE - 220 CE), and even when tea was introduced in Europe in the 17th Century, its health giving properties were much advertised.

Among the catechins found in tea, modern science has honed in on one particular one - epigallocatechin- 3-gallate (EGCG 3G). The EGCG 3G molecule is believed to potentially help in keeping at by certain kinds of cancer, neurodegenerative diseases, chronic inflammatory disorder, obesity and diabetes. EGCG 3G is found in copious amounts in green and white tea. Most of this catechin is converted into theaflavins in black tea, which research has indicated also has the potential to reduce cholesterol and regulate cancer growth.

Another element in tea that is of great interest in the beverage's therapeutic properties is an amino acid called L-theanine. The latter is thought to have a calming effect on the mind and enhance concentration. L-theanine is found in high levels in green teas that are grown in highly-shaded conditions like the Japanese green teas gyokuro and matcha. The combination of caffeine and L-theanine makes for a beverage that keeps one alert and tranquil at the same time - a highly desirable state for most.

But not all green teas are equal. Field tests have shown that the anti-oxidative property of green green tea 101 tea picked and produced during spring is the highest. The slow growth during this period allows the leaves to be infused with the natural compounds, unlike in the summer when the faster growth precludes the leaves to collect as much. Also the picking style has an impact - the leaf bud and two corresponding leaves, or the most tender shoots in the tea bush, have higher levels of antioxidants as opposed to the leaves lower down the stem. Finely picked teas are premium teas, found rarely in tea bags.

Elevation at which tea is grown also has an impact on the quality of the tea. Teas grown at higher elevations - also referred to as "high mountain teas" - have a more refined aroma and taste. The stress that the plants experience growing at higher elevations, which can be up to 7000 ft, the slow growth at those heights, and relatively low levels of air pollution, are factors that contribute to higher quality.

This means that to derive the greatest of benefits from tea it is important to drink high quality teas. Not only do they taste better but they are more loaded with anti-oxidant properties than the inexpensive tea-bag brands that are available in grocery stores. Buying tea from vendors that knowledgeable about tea, know their sources, and also who sell their tea in loose and whole leaf form is important.

Contrary to popular belief, it is not at all difficult to use loose leaf tea to make a cup. There are many utensils and tools out there that make it easy these days to make quick cup of loose tea or tea to go. More and more people are adopting these methods and enjoying a great cup of tea that does wonders for both body and mind.