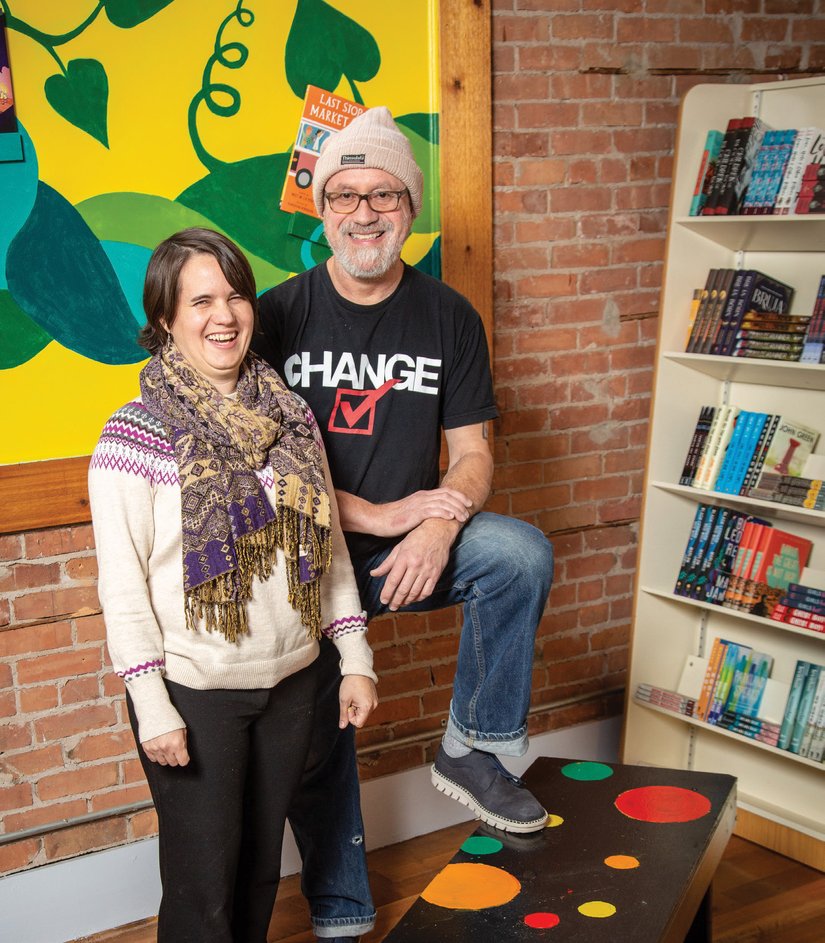 Henry Padrón is proud to share that Hipocampo Books at 638 South Ave. (pronounced eepo-campo) is on the national map for Children’s Book Week, April 29 to May 5. The closest bookstore in all of Upstate is in Buffalo and the next closest is in Toronto. After an enthusiastic pre-opening party in early February, the store planned a soft opening on March 30 and a grand opening in mid-April.

If you’ve wondered why Hipocampo spells its name that way, it’s because Henry likes to play word games. It’s a cross between the Spanish words, hipopótamo and campo – like summer camp for kids, because hippocampus is a part of the brain, and in the 1970s it was the most popular club in the South Bronx.

Henry was born in Brooklyn of Puerto Rican parents and spoke Spanish as his first language. Before settling in Rochester, he was a visiting artist traveled to schools all around this region doing poetry, African-Caribbean percussion and teaching the rhythms and dances, including an entire week in Buffalo schools.

During his 34-year career with the Rochester City School District, he taught Kindergarten at School 9, 33, and for 14 years at School 12. Henry mentored the Frederick Douglass Club at School 12, and years ago helped club organizer Michelle Daniels with the production of a wonderful Douglass play there. Since retiring, he and partner Pamela Bailie, turned their long-time desire to create a vibrant space for young book lovers of many cultures into a bookstore.

As for Pamela, she was born in Northern Ireland and grew up on the West Coast. She said her family moved a lot when she was growing up and “having books and reading stories before bed was really important.” She loved books so much that for a couple of summers, she, her sister and two friends ran a book store out of their garage, in California and Oregon.

Pamela has been here for 18 years, has three children in the city school district and her oldest is graduating from SOTA. She has been part of School 12 PTA, and has brought visiting authors and musicians to the school. “This is a lifelong dream,” she said. “I’ve always loved books.”

As for the books, they have 3,500 in Spanish, Japanese, Korean, Farsi, as well as from the New York Times bestseller list that reflect the children and culture in Rochester. They have children’s books from verse to young adult, as well as for parents and teachers. They will have a small selection of children’s toys, and t-shirts and onesies with book jackets like Corduroy and Matilda. Handmade, wooden toys are from Vermont and hand-made booties are from Utah.

“It’s all about learning new things,” Henry said. “The language of business has been a tremendous learning curve. Good for the synapses. The younger you are the more plastic your brain is, but even at other ages, it’s a great exercise.”

Beyond Children’s Book Week, they plan to team up with neighbors and businesses for events at the store, and tying into the Handmade Festival in December.