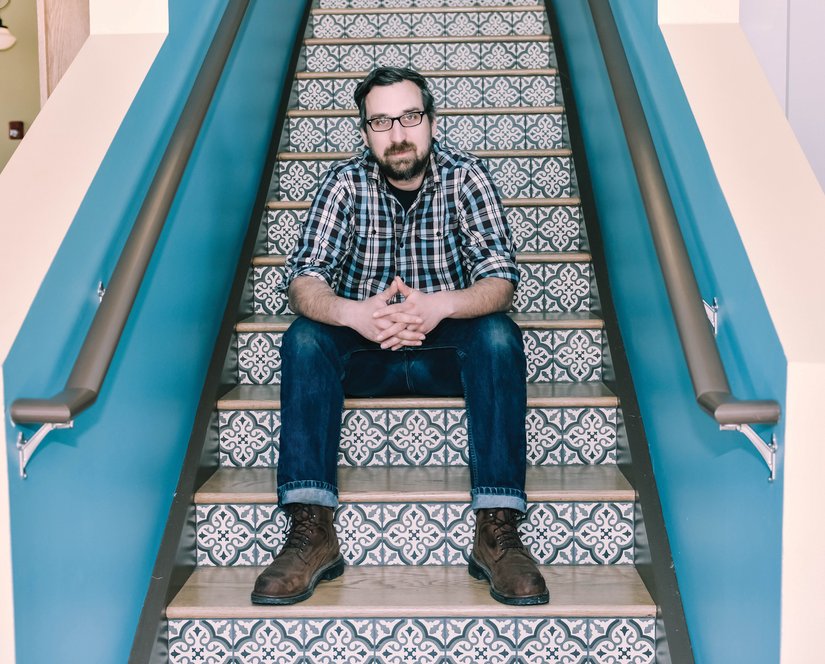 How many times have you had an idea that you thought would be great if you could actually pull it off but decided not to do it for whatever reason? Maybe you were too busy or didn’t think you could afford it or perhaps you just chalked it off to being a silly idea.

Well John Roth had an idea once and his South Wedge Mexican restaurant is what happened when he decided to just roll with an a-ha moment. This is John’s Tex Mex and by the time you read this, it will be bigger and better than ever.

John landed in the South Wedge via invite. “Moving to the Wedge was a lucky coincidence. I had friends that lived on Gregory when I was in college and they were looking for a roommate. It was happenstance that it was this neighborhood,

it could have been anywhere,” he says foreshadowing another big happenstance on the horizon.

He had already done his fair share of moving around, having been born in Hershey, PA then on to Georgia, Maryland, back home, then to RIT for a degree in photography. When he realized photography jobs here were few and far between another idea came to mind.

“I thought it would be cool to open a restaurant. I was 23 at the time and figured screw it, let’s do it. It could have just as easily gone horribly wrong and I’d be really in debt from everything but lucky it worked out well. I feel very lucky and happy that’s the case.”

John opened his doors at 489 South Avenue on June 6, 2006 with the ethos of affordable food, drinks, and a mind set to be open, friendly, and invitingto all. “We try to be understanding

of all sorts of people from all walks of life. Everyone is welcome here as long as you’re being cool.”

His menu has everything for every pallet. Tacos, quesadillas, bowls, salads, guacamole, and much more. He also has plenty of vegan options, too, as being vegan-friendly has been a core concept since day one and he hopes to expand their menu, too, as their kitchen expands with their new location not too far down the road at 426 South Ave.

“The new place is kind of like the same but more grown up. It’s bright and fun—some of it is more subdued and some is more wild. The bar mural is all over the place but the dining room one is more calming. The bar is more vibrant and colorful. We feature local and regional artists.”

Does John still live in the wedge? Why yes he does. He admits that it is the best neighborhood in the city and tries to walk to work when he’s not feeling especially lazy. (His words, not mine) If you do see him, however, it may be with his wife who is an avid walker.

You might catch him at Lux or Dicky’s on an off night or late evening as he loves the neighborhood so much it’s not often that he leaves it (also his words).

He’s looking forward to the expansion of his place. The growth potential seems limitless and it will grow just the way it has from the beginning, with a dash of intuition and the strength to just go for it.