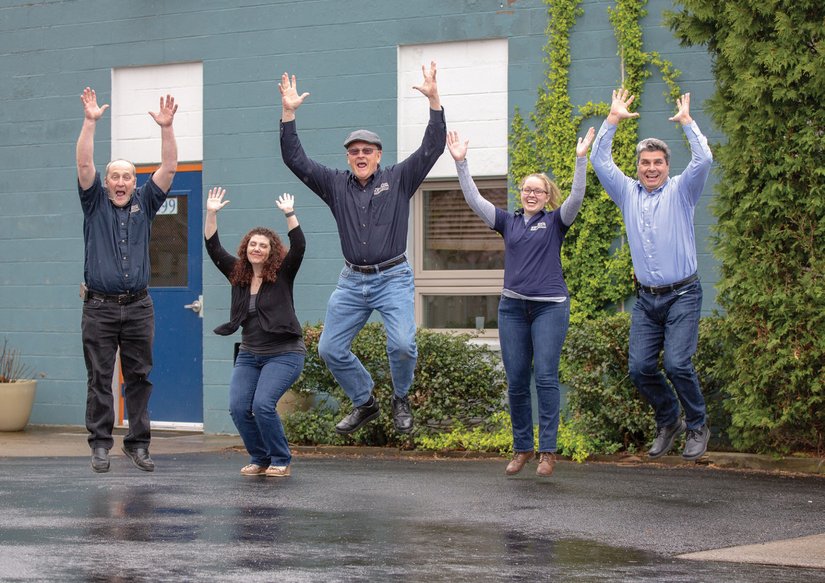 If you’ve known Ron Maier for a while you may know him as the businessman who in 1975 moved his Kenron office and shop into the former Fine Arts theatre at 700 South Ave. or that he teamed up with neighbors and the city of Rochester to become the first chairman of South Wedge Planning Committee (SWPC) in 1980. Maybe you knew him that same year when he took over Gregory Place (696 South and 287 Gregory) after a gas explosion and fire claimed a life and blew the roof off. In 1984, he and his wife Norma tackled a complete do-over of the former Calvary St. Andrews Parish Hall on Averill Avenue, and got it placed on the National Register of Historic Places.

In 1987 they bought the historic German House, which was in rough shape and until recently has been host to a number of memorable restaurants and events. The Maier family story continued under son Shawn’s lead when in 2008 they bought the Lauterbach Building at 750 South Ave. and converted an upper level into six apartments (that always have a waiting list.)

Ron moved his business to the property at 299 Gregory Street, the former Siddons Roofing headquarters in 2010, and the former Kenron space at 700 South Ave. was re-purposed when Shawn designed new apartments, which became amazing rentals along with new commercial spaces in front. It’s hard to miss the mural on the side of the building by local artist Michael Moncibaiz.

Along the way he’s received citations and awards including the heart-felt Good Neighbor Award at a Big Lunch at Calvary St. Andrews in 2012. But all of that, including decades of picking up litter and weeding around the block, was what he did after the day job.

The business that has commanded his attention started more than fifty years ago. Ron had completed technical training trade school in Newark NJ in 1966 and then took other trade and technical courses at night while working for O’Grady Heating and Cooling. By May 1969, when he and business partner Ken Christensen used Industrial Air Conditioning as their dba, New York State did not approve the name for incorporation, so they called it Kenron Industrial Air Conditioning. Their affordable shop was in an unheated chicken coop in Greece.

At first their main work was Heating Ventilation Air Conditioning (HVAC) for large retailers and industrial manufacturing companies. In 1971, with Norma’s support, he borrowed $10,000 ($63,000 today) from his parents to buy out his partner and has never regretted it. The first few years in business went well, but after a downturn in the economy in the 1970s, several of his customers filed for bankruptcy, leaving Kenron in the lurch. With his family’s support, he decided not to file for bankruptcy and took five years to dig out of the hole.

Doing HVAC work and running a business require different skills and Ron learned early on that having a qualified office and field staff was critical. He counts on a competent CPA, attorney, banker and insurance broker and is willing to learn from others instead of learning the hard way. He has taken business training from Carrier, Bryant, Trane, and York and has also taken his field and office staff for three-day training conferences in New York City, Chicago, Philadelphia and Las Vegas, to mention a few. He credits the success of his business to having a well-trained staff with decades of service.

Over the years, Kenron was an early adopter of an innovative form of specialty contracts called Design Build Project Delivery that is an efficient and timely way to process various types of construction projects. After attending a few trade seminars, Kenron starting inviting architects, engineers, owners, developers and contractors as their guests to learn these new methods. This resulted in a tremendous increase in Kenron’s knowledge and experience and brought them many new projects at the conceptual stage.

The company’s reputation for continually updating its skill set with new technology, systems and designs brings them work on wide range of projects like improving the indoor air quality at a salon; a design/assist for a geo-thermal heat unit for The Clayton Harbor hotel in the Thousand Islands; and design input for a senior-living renovation project that resulted in the owner receiving a $190,000 utility rebate check!

Ron said, getting invited to solve problems for all kinds of jobs “makes the daily business of being a mechanical contractor interesting and satisfying.” He is fond of collecting quotations – this being one of his many favorites – “Far and away the best prize in life is the chance of working hard at work worth doing”! Teddy Roosevelt.

In honor of their 50th year of business, Kenron plans to celebrate at the renovated Historic German House with family, staff, clients, vendors, advisors, friends and neighbors with food, fun and entertainment. Congratulations to all!