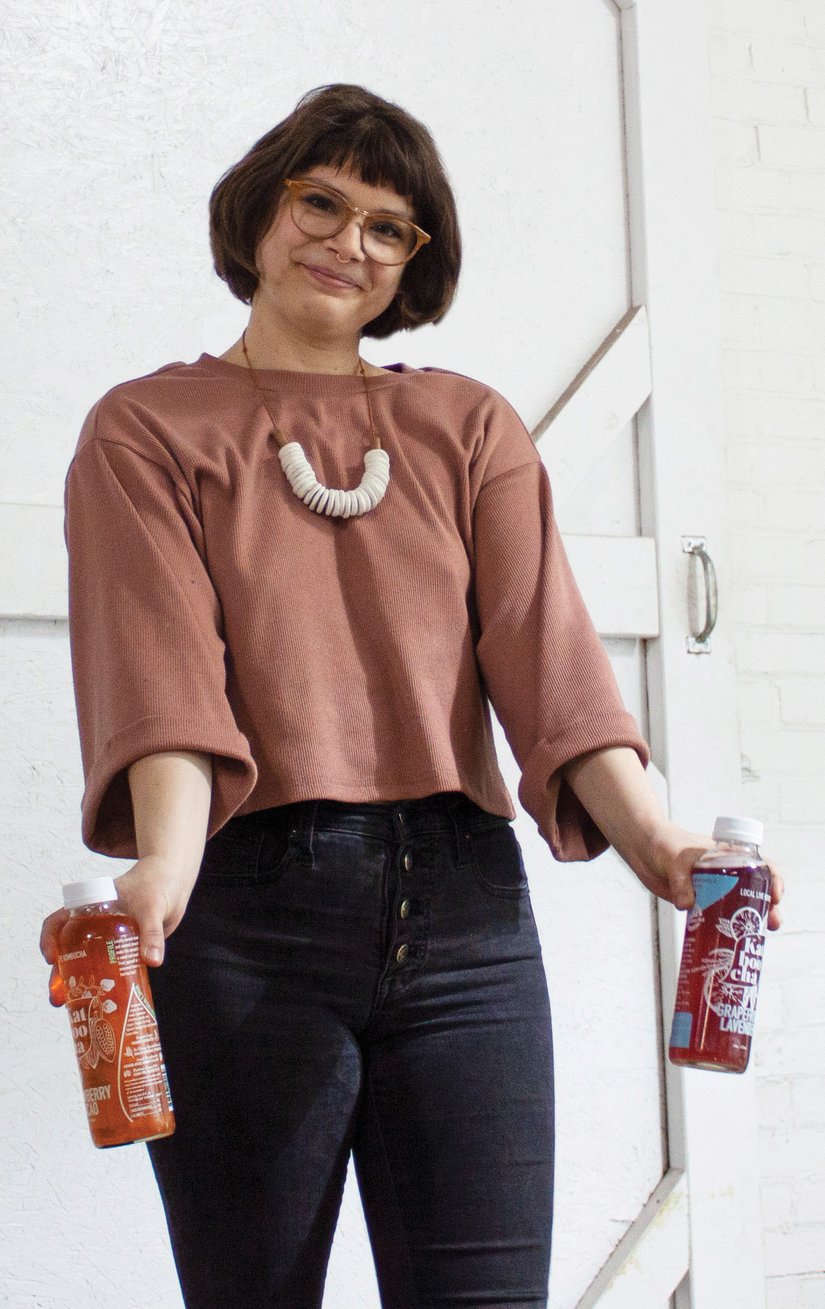 Kombucha Culture: Tea with a Twist

Kombucha has been making quite a name for itself in the last few years. Where at one time there might have been an odd few brands on the cold shelves in a grocery store, now there are hundreds of varieties being sold at organic food stores, bars, restaurants, deli’s, distilleries, breweries and everywhere in between.

Not only is it a success commercially, but it’s taken craft beveraging to new heights even here in the ROC with local brewers like Timbucha from Fairport Brewing Company, Rocbucha, Buddha Bucha, and Katboocha to name a few, all of them bottling their own flavorful small batch varieties. It’s like its own little fermented tea culture that’s been around since 221 BC in China, an irony perhaps, because it literally has its own culture.

The mama culture that births Kombucha is called SCOBY or “symbiotic culture of bacteria and yeast.” It’s basically the magic that turns your ordinary sweet tea into the gut friendly, slighltly fizzy, super minimally alcoholic, protibotic laden potion that is Kombucha.

Katarina Schwarz, founder of Katboocha on Railroad Street near the public market, and fellow South Wedgian, says that the SCOBY looks a little like raw chicken and that many of her fellow bootchmasters (I just made that term up, ha ha) refer to it as their pets. Yes, it sounds a little gross but the SCOBY is antibacterial and beneficial to the whole process. Plus it likes to party hard and instead of hangovers it creates a healthy elixir—total win.

So far we have learned what Kombucha is. We know that it’s a fermented tea drink that has beneficial bacterial and a culture that goes back a looooooong way. We learned that SCOBY, though one letter short of being a playful cartoon dog, is actually a term for the bacteria and yeast that party with sweet tea and a starter liquid until it becomes Kombucha. Starter Liquid is just the leftover from the last batch of kombucha.

So what are the general misconceptions about this ancient secret?

“Some people ask if it’s a mushroom,” Kat says. “It’s not a mushroom. It is a type of fungus though, it has yeast, and anything with yeast is a fungus. But it’s not a mushroom. And probably the biggest one that I get is about the alcohol. People wonder if they can get drunk off of it or if it’s safe. Kombucha does have a small amount of alcohol that is a bi product of fermentation but the type of yeast we use for Kombucha doesn’t allow for a super high alcohol content. So, yes there’s alcohol but the yeast kind of peters out at a very low percentage.”

Kat started her company in late 2016. She had been brewing at home for a while and at the same time wasn’t feeling fulfilled with her job. After catching wind through social media that there was a legitimate industry out there her wheels began to turn and she decided to give creating her own business a shot. With mentoring help from some people in the community and a lovely partnership with Rohrbach Brewing company she was able to use some space within their building to set up her own brick and mortar shop.

You can visit Kat (@katboocha on Instagram) and take home her Katboocha every Saturday at the public market starting in May as well as the South Wedge Market.

In case you ever wondered what the heck Kombucha was, well, now you know. Our local beverage scene has given quite a new life to such an old culture. Kombucha—it’s tea with a twist!