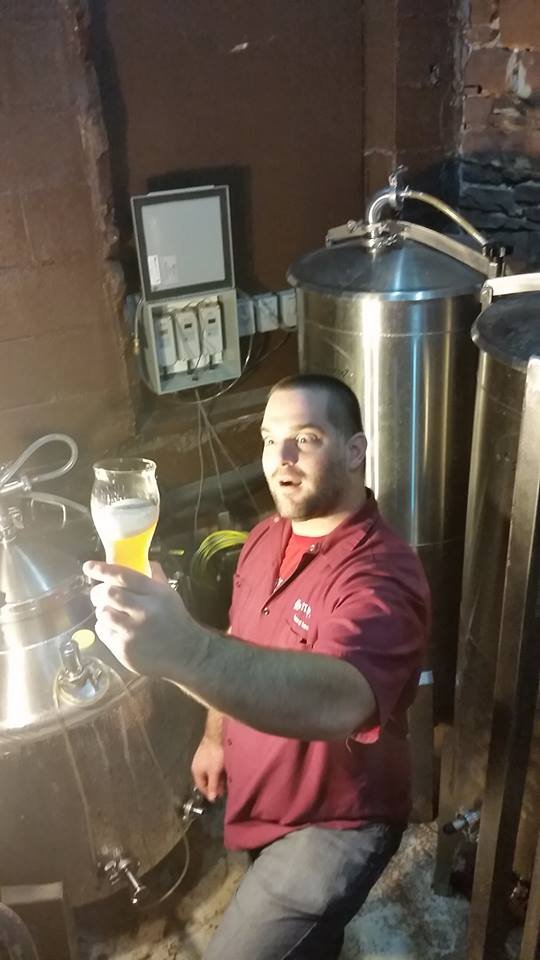 Jay Nichols, owner of Stoneyard Brewing, explains it succinctly: “We don’t do small.”He’s not just talking about the big fellaswho work for Stoneyard. In less than twoyears, the Brockport brewery has established itself as a premier producer of heavyhitting, yet remarkably balanced beers.

Local breweries launched about a dozen new beers for Rochester Real Beer Week 2015, but none was more sought after than Stoneyard’s Juicehead DIPA. Head brewer Jeffrey “Oz” Osborne loaded his 21/2-barrel system (nestled in an elevator shaft) with Amarillo and Citra hops to get the juicy mango, pineapple, and orange flavors the name advertises. Cascades round out the hop profile to provide more classic grapefruit American hop balance. With just enough malt sweetness on the back end, this is one easy-drinking double IPA that hides its 8.9% ABV exceptionally well.

If you missed it last year (or during its Christmas run), don’t worry. Oz has another batch on the way! Juicehead will be available at their brewpub on the Erie Canal in downtown Brockport and a few kegs may sneak their way into other RRBW venues. And with a new 30-barrel brewery in the works right now, we’re looking forward to seeing even more availability in the near future.