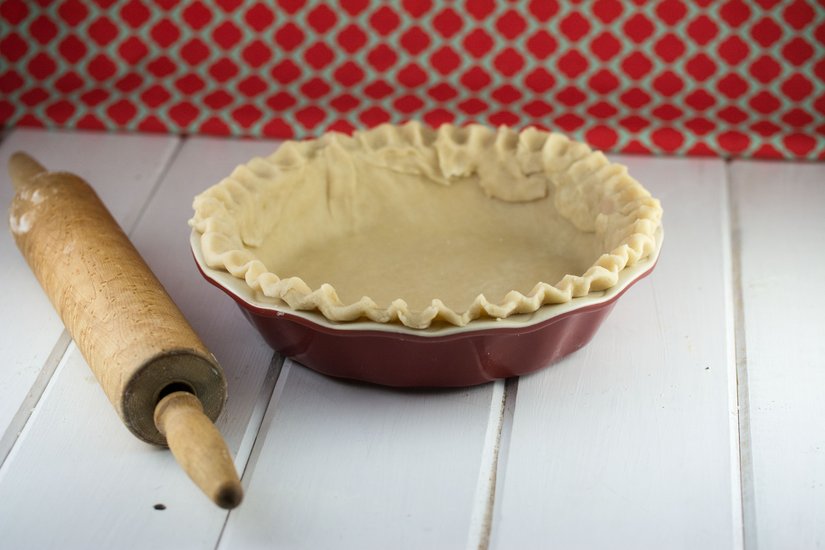 make your own pie crust

If you’ve never made your own pie, you’re missing out. And if you’ve made your own pie but used store-bought crust, shame on you! Making pie crust is actually fairly simple, and for this pie I’m using a recipe from the Pioneer Woman, who is basically Jesus wearing an apron, and quite possibly a cowboy hat.

In a large bowl, with a pastry whisk, cut the Crisco into the flour for a few minutes until it’s all mixed in (no big chunks of either). Beat an egg in a small bowl and then add it to the flour mixture. Add 5 tbs cold water, 1 tbs white vinegar, and 1 tsp salt. Stir together gently until all ofthe ingredients are incorporated. Separate the dough in half, and put each half into its own plastic bag. Flatten the bags slightly (it’ll make rolling the dough out easier) and put them into the freezer. If you’re making your pie right away, take one out after 15 minutes, leaving the other one in there for any future pies you make. After the dough has thawed out a little bit (should still be cold), roll it out on a floured surface. If it’s sticking, keep adding more flour. Also, you want to roll from the center and work your way out. When it’s roughly ½ inch larger in diameter than your pie pan, lift it carefully and drop into the pan. Gently press against the corners of the dish, then pinch and tuck the edges.