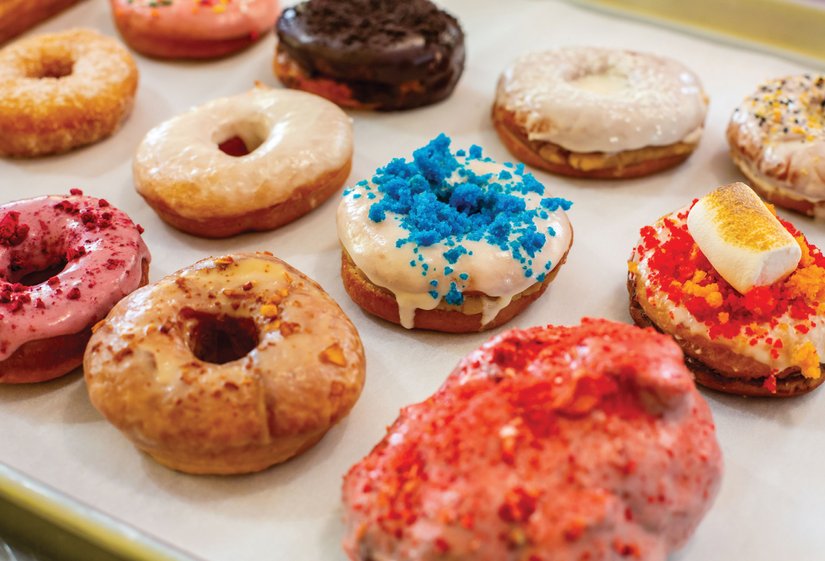 In May 2019, there was a fire was in the apartment above the Misfit Doughnuts and Treats Shop on Monroe Avenue. The local favorite was forced to close after the extensive damage destroyed the integrity of the building. The cause was quickly found to be arson and was started by one of the tenants who lived above the shop. At first Jennifer Johnson, owner, operator, and baker of Misfit, was not going to look for a new location, focusing instead on reopening. It was when speaking with a claims adjuster and discovering that it could take up to 14 months to reopen on Upper Monroe that the search began for the new home of Misfit Doughnuts and Treats.

Jennifer Johnson opened Misfit Doughnuts on Monroe Avenue in 2017. The all vegan bakery was started after Johnson, who grew up baking with her grandmother in Manchester, New York, became a vegan in 2010. She started out as a vegetarian and it was when she began dating her boyfriend, who was vegan, that she started the gradual transition into eliminating certain foods to become vegan. Jenny tells me, “I felt, like a lot better in terms of health after making the transition.”

It was a natural combination to open a vegan bakery, utilizing her love and skills for baking as well as her vegan lifestyle that right now is exploding not only in our area, but across the country. Due to her new lifestyle Jennifer decided to go through her grandmother’s recipes and veganize them. She began sharing the treats during her RIT food photography class that she had baked for photoshoots quickly realizing how much nonvegans enjoyed them. In 2012 Jennifer graduated from RIT with her degree in advertising and communications, which is a benefit when it comes to marketing for the shop.

Although Jenny started out with a goal of becoming a professional photographer, she explains, “I love photography too much to make a living out of it. I instead channel my creative energy into the doughnut making and experimenting with different flavor profiles and flavor combinations.”

She still keeps her passion for photography as one can see from her Instagram for the shop and the creative flavors offered at the shops are unique. Some of the common flavors include cookie monster, Darth Vader, raspberry glaze and cinnamon sugar doughnut. Misfits is not just doughnuts but juices, teas, and other desserts. Jenny has also recently began baking rolls with scrumptious flavors such as capt’n crunch cinnamon roll, soaking the cereal in soy milk and using it in the roll and a Mexican hot chocolate cinnamon roll.

It will be a relief to know that Misfit Doughnuts and Treats is going to once again reopen in the South Wedge. Gregory street will be the home of the bakery for the foreseeable future and will offer more seating than at the original Misfit bakery. The South Wedge was chosen because of the great location, walkability, and the park that is directly across from 133 Gregory Street. Jennifer has also decided to offer vegan breakfast sandwiches along with coffee and other beverages.

In late May, a successful fundraiser was held to support the reopening of Misfit Doughnuts in its new location. Jennifer Johnson has been working hard to reopen by the end of August and looks forward to welcoming you to her new location at 133 Gregory Street in Rochester.

Check out the shop on Instagram @misfitdoughnuts for reno photos and of course delicious DOUGHNUT photos!