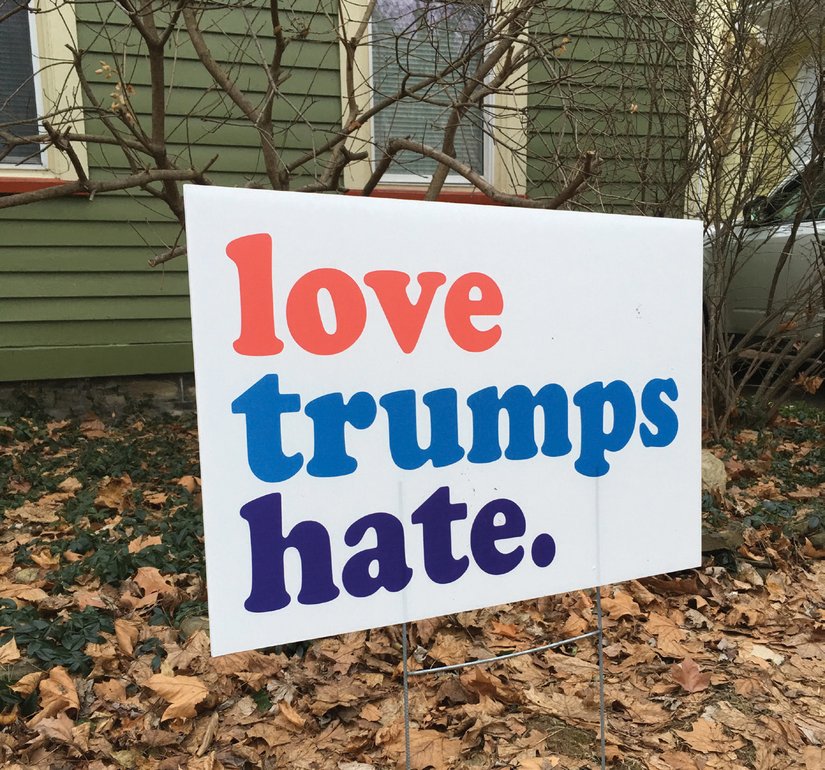 On Being a Blue Family

NOVEMBER 8TH. At approximately 11:00 pm an eleven-year-old goes to bed in tears. My husband was there to witness it. I went next door earlier in the evening with wine and cheese in hand ready for the celebration. Instead, I sat paralyzed watching the returns in disbelief, cheese uneaten and wine uncorked. There was nothing Mark Shields, David Brooks or Amy Walter could say to take away the sting. I now understood my husband’s reservation. He couldn’t even watch on election night, he was very nervous and obviously more in tune than I realized (or the polling organizations for that matter). I return home at about midnight. As I depart, my neighbor asks me what I’m going to tell the kids in the morning, something I had yet to consider. I didn’t sleep much and actually felt nauseous. There are two things I can always do – eat and sleep. On November 8th, I could do neither.

Earlier that day the kids and I went to Mt. Hope Cemetery after casting my vote for the first female presidential candidate nominated by a major party*. Among the thousands of people paying tribute to Susan B, I encountered many friends and neighbors. One very seriously said, “This is an historic event no matter what happens tonight.” I took pause. This was the first time in weeks I had even thought for a moment there could be a wrinkle in the plan. But the pause was brief, it could never happen. Not a chance.

No one expected ‘he who shall not be named’ to make it this far. But here he was defying all the odds. Just for the record, J.K Rowling herself tweeted that He was worse than ‘he who shall not be named’ at 6:59 am on December 8th 2015. It had 258,721 re tweets and 243,709 likes. There are witnesses. Her tweet was in response to his statements about banning Muslims from the United States.

November 9. That same eleven year old who went to bed in tears awoke with just an ounce of hope until I acknowledged the results. His response is to stomp up the stairs back to bed. Because it was not a legal absence from school, he was forced to turn back around and have a chat. But first he grabbed the I-pad and connected to the website that ruined his evening. After looking at the map, he commented, ‘She didn’t win any of the states she needed.” I agreed and then tried to assure him that with the balance of power in our three branches of government, things would be okay. In our country, we don’t have a dictator (at least not yet). He then clicked on the “house” and “senate” tabs and responded, “They have the house and senate too”. Not yet at a loss for words, I counter with, “The members of his own party don’t all agree with him and won’t support him.” Then came the real zinger, “If she were a man she would have won.” Touché. He had me. Game over.

We tune in to NPR and WXXI when we’re in the car. We talk about race, politics and religion at the dinner table – all of which were ignored in my childhood. My hometown is pretty homogenous; what was there to discuss? In contrast our kids have each in their own way had wonderful, insightful stories and comments on the aforementioned topics. I credit this in part to the fact that we live in the city and send our kids to city schools where they are the racial minority. It presents them with a perspective I never experienced. They have friends and sit next to kids every day that come from the other side of the proposed wall fence and kids that are Muslim. How could they not be interested in the election?

Our kids’ world however is not just blue. With extended family in a red part of the state, the yard signs observed in our relatively short travels enlightened them. Our kids have also had the opportunity to participate in such things as tennis at a club outside the city, travel baseball throughout the county, classes at the Eastman Community Music School and tournaments at the Rochester Chess Center. The people they associate with run the gamut of the political spectrum. All of this exposure has done wonders for their thinking and initiated lots of interesting dialogue.

People wore the results of the election on their sleeve. A quick glance at a person on November 9th and one could tell which way they went. The next day at school our kids were confronted with the fact that some of their teachers, teachers they had respect for, voted for ‘he who shall not be named’. These are the people responsible for educating them. Could they ever take them seriously? Conversations that evening contained comments such as: “But he’s such a good teacher. I thought he was smarter than that.” Or, “Well I knew she wasn’t a democrat but I can’t believe she actually voted for him. I don’t understand how any woman could vote for him.”

I found out after the election that my son blocked a peer from his social media during the campaign when he added a “Go Trump” comment to his “story” during one of the debates. I totally understood why he did this but then questioned him as to whether he is better off blocking or responding to him. Challenge his thinking! This was of course easy for me to say, but what would I have done at his age?

For that matter what am I doing now? My workplace is a mixed bag when it comes to politics. Some spoke very boldly about their candidate this year. My typical response throughout the campaign was to tilt my head in a questioning way while smiling – keep them guessing. After the results were in and listening to myself advise my kids, I proceeded in my very own passive aggressive way to let my true colors show. The candy dish on the corner of my desk was replaced by an “I love Obamacare” mug. Some days when I come to work the mug has been turned in such a way as to hide the message. Rumor has it one person took a piece of candy only to toss it back upon reading the mug. At least there is no guessing where I stand.

But now what? We need to keep the conversation alive. There’s no doubt there will be lots of material for discussion around the dinner table these next four years. If 2020 is going to be any different, it’s time to move beyond the candy dish. Maybe it’s time to make calls or canvass neighborhoods. We owe this much to our kids, they may be our only hope! 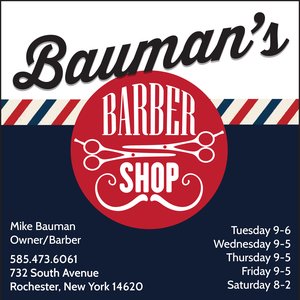