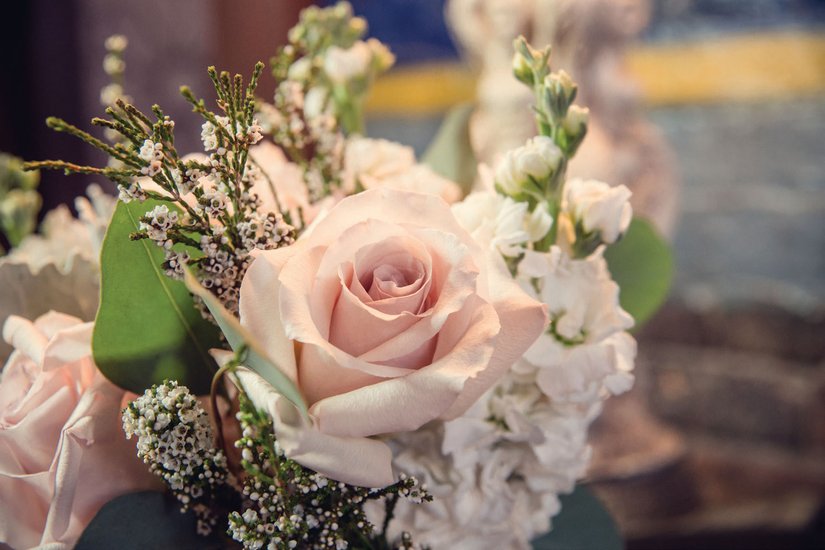 A few years back, late on a Saturday night in May, I’m doing what every middle aged mother of three does at this hour - grocery shop. In my more youthful days, if I were at a grocery store at this hour it’d be for a beer run. Now I’m more likely shopping for breakfast. As I wander through the store, I can’t help but notice the significant number of teens dressed to the nines. It can only mean one thing - prom night. These young adults look like they’re having a grand time, giggling up and down the aisles. But why the grocery store? They’re certainly not there for booze and I’m guessing it’s not for a gallon of milk and a loaf of bread. All I’m left to speculate is that it must be condoms! That might at least explain all of the giggling.

At that particular moment I felt about as far removed from the prom as a person can get and it felt good. I still remember all of the pre-prom hype from thirty plus years ago - the dress, the date, the after party. In the end the whole event was just alright, really nothing to write home about. There was probably no way the day could meet anyone’s expectations but it was something to talk about in class on Monday morning. Despite its lackluster delivery, for some strange reason, I would still choose to do it all over again given the chance. I’d probably just do it a little differently.

As parents of teenagers, my husband and I now get the chance to see the prom from a different perspective. Last year our daughter attended her junior/ senior prom and in a couple years I imagine our son will too. It’s time to bury all of my prom baggage and take a fresh look at this event!

First the whole dress thing. It is easy for a girl to get caught up in the dress. Stay away from this the best you can, unless of course you enjoy the whole dress thing. There are online quizzes to help identify the dress that fits your personality and reduce dress stress. I took one to see if I could endorse this approach. Bottom line, don’t go there! It identified me as a “romantic” that should be choosing a floor length, sleeveless, purple, princess style dress. Wrong. With today’s trends I’m much more apt to go for the pant suit with platform shoes. Apparently this is a look that is trending this year; thank you Hillary for making the pantsuit acceptable even for the prom. There are any number of looks for girls - two piece, high low, jumpsuits, rompers, boho chic, fringe - basically anything goes. Add in the shoes, jewels, hair, and clutch. This could be a highly stressful process for someone that lacks confidence or is indecisive. The solution is to make sure your daughter owns the process and engages with her friends. At least the only approval she’ll need is from herself, her friends and you and not a school administrator.

There is a private school outside of Philadelphia that is requiring students to have their attire approved before they are allowed to buy a ticket to prom. And by students, I mean the girls. (Guys have it easy. Rent a tux. End of story.) Meetings were held in the fall to make families aware of the policy, allowing plenty of time to shop and get approval. Photos of the dress from both the front and back must be forwarded to an administrator for evaluation. As of now most dresses had been approved with a few requiring minor modifications and only a handful declined. Approved photos are stored and then checked again before admittance to confirm attendees are wearing the approved dress. Mind you this is a private school that has been wielding control over students’ dress since day one. For that reason alone, these kids ought to have one night off!

Something I never thought about as a teenager but concerns me as a parent is the transportation. There were groups of kids in my day that rented limos for prom. Not me, too expensive and I had a car. I didn’t get it. Now I do. Distracted, relatively inexperienced, teen drivers behind the wheel can be a recipe for disaster. A limo hasn’t gotten any cheaper but to reduce the risk, it might be worth it. Split the cost amongst a group of friends and maybe it’s within reach. The less expensive option here is the cab. Parents don’t have to be a part of the scene and the kids will more likely make it to their destination without incident. Count me in.

I’d be naive to think there won’t be opportunities for sex, drugs, and alcohol both at the prom and the after party. Here’s where you hope you’ve done well parenting these past 17 years. By the time your kid is attending prom the groundwork has been laid. There is little you can say to them as they head out the door that will likely influence the decisions they make that night. So I do hope those kids back in the grocery store were buying condoms. It may be the best decision they made all night!