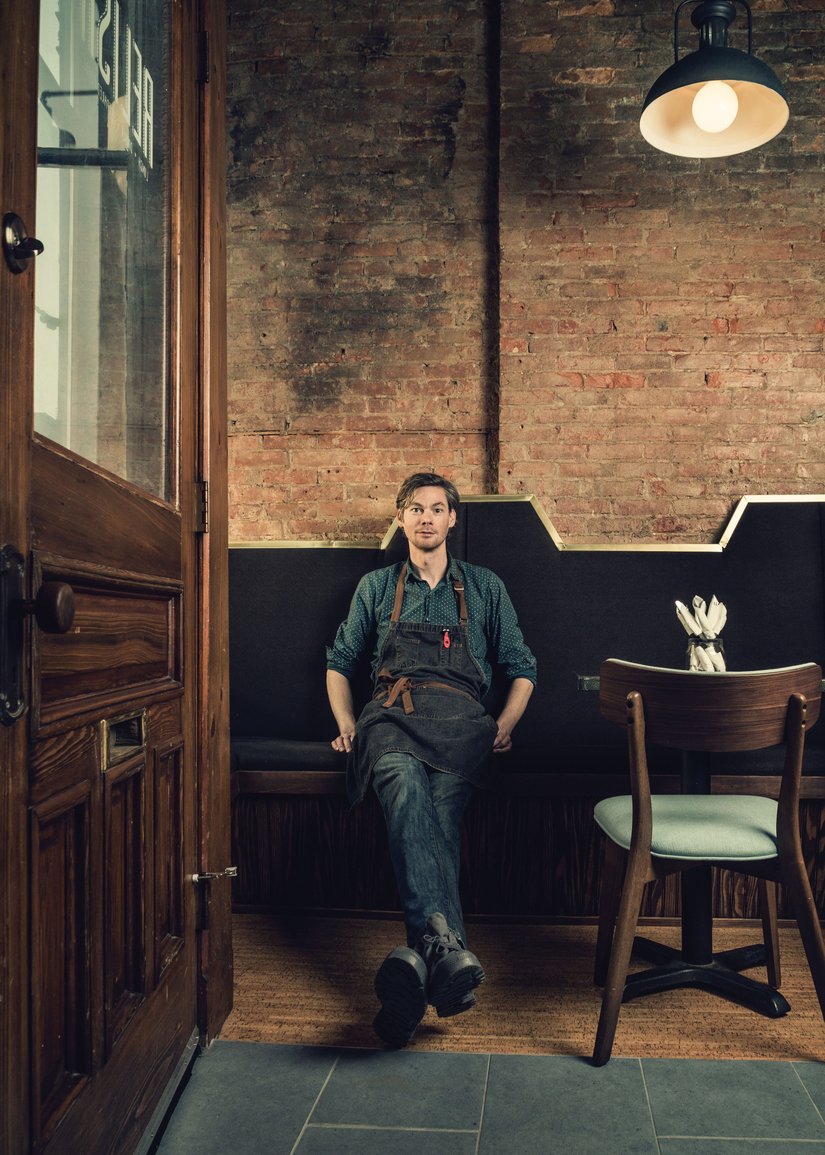 For Stephen Rees, a summer job working at Bristol Harbor Lodge at age 15 led to baking and pastry competitions. After getting hooked on those, he attended the Culinary Institute of America where he received degrees in both looking and restaurant management which led to work in New York City, the Berkshires and the Hudson Valley. He returned to the Rochester area 10 years ago.

He established Relish, his own prepared foods delivery business, last summer; an idea borne of Christmas gifts of prepared foods given to his parents. As for a new twist on that casual question “How was your winter?” Stephen’s answer would include a new furnace and hot water heater; a successful kickstarter campaign; and all kinds of construction for the fresh, new interior at Relish.

Stephen prefers eating and producing locally-sourced foods from organic farms. His prepared entrees are a blessing for those craving delicious meals without having to cook them or travel. Speaking of deliveries, it might become the stuff of urban legends when Stephen had time for his own deliveries. Now with the storefront open, orders for pick-up and take-out will be handled through Grub Hub.

There’s more to Chef Rees than his infectious enthusiasm for good food. If you want to get a glimpse of his sense of humor, check out the bloopers and out-takes on FB. As for who is he? Stephen is a local guy who grew up in Scottsville and graduated from Wheatland Chili H.S. He now lives in the city and enjoys a variety of local eateries. Welcome, Stephen, and bon apetit to your customers.