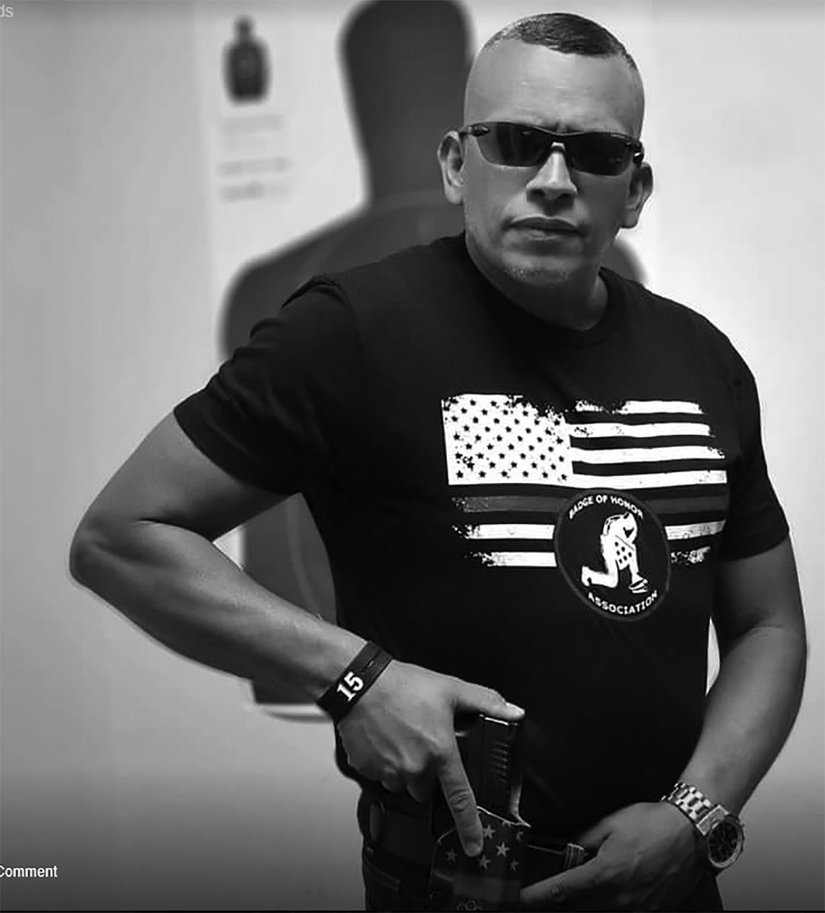 Rochester Police Department Officer Manuel “Manny” Ortiz was remembered for his bright smile and exceptional service to the community many times at the Rochester Convention Center November 8. Hundreds of police officers, state troopers, sheriffs and thousands of people filled one of the grand ballrooms at the Convention Center to remember him.

They shared stories of how proud he was of his Puerto Rican heritage, nicknaming Sgt. Drayton his “honorary Puerto Rican”; how much he did for the annual celebrations and festivals where he danced with the abuelitas, the grannies. How bakeries all over town from Savoia to 809 Lyell to Cheesy Eddie’s knew what his favorites were and donated them to causes he called about. How he and Mayoliz took leftovers from an event to the hospital where fellow officers waited on RPD Officer Denny Wright.

His oldest daughter described how no matter where she went with her dad, people stopped him to talk, often giving him hugs. After they left she’d ask, who was that? Some guy I arrested, he’d say. Why did he give you a hug, she’d ask. Ortiz said the time between being arrested and being booked is really long and while the person was sitting in the back seat of the police car, he’d ask them to think about their life until that moment and what it they wanted it to be like after. So many people turned their lives around after this talk with him that they gave him hugs when they ran into him again. Ortiz talked to them because he wished his father had asked him those questions and knew others needed to have that conversation too.

Friends and members of his class at the Rochester Police Academy shared that Manny was born in Brooklyn, moved with his family to join extended family in Reading, PA and then moved with his mother and sisters to Rochester in 1977. They lived in the Jay and Broad Street area and he graduated from Jefferson High.

Although he was attending Monroe Community College, at age 18 he quit after his oldest daughter Solangee McNeal was born, and worked in construction to support his family. McNeal said that he took the civil service exam many times to get in to RPD before finally being accepted and graduating. When he had enough years in and could choose a schedule he chose to work nights and weekends because he said that’s when people are out.

Many mentioned his great smile, 22 years of service to the community, his love for his family as well as his being a fun-loving guy. Ortiz studied martial arts, was an excellent dancer and met his fiancée at Bally’s. They have a son and a daughter who also spoke.

Ortiz and Sgt. Drayton had talked about getting their Bachelor’s degrees in order to prepare for life after retirement from RPD and Manny was set to graduate from Keuka College in May 2020.

Several speakers trusted that Manny was in heaven looking down on us all and wouldn’t want any of us to cry. No one mentioned the specifics of the baffling, tragic accident in which he accidentally shot himself in the leg while driving to work, and died at the scene on Empire Boulevard on November 2. Ray Mayoliz closed the occasion, mentioning their last conversation in which Manny had said, “Life is too short.” The event ended with a prayer by Fr. Thomas Wheeland and the retrieval of the colors.