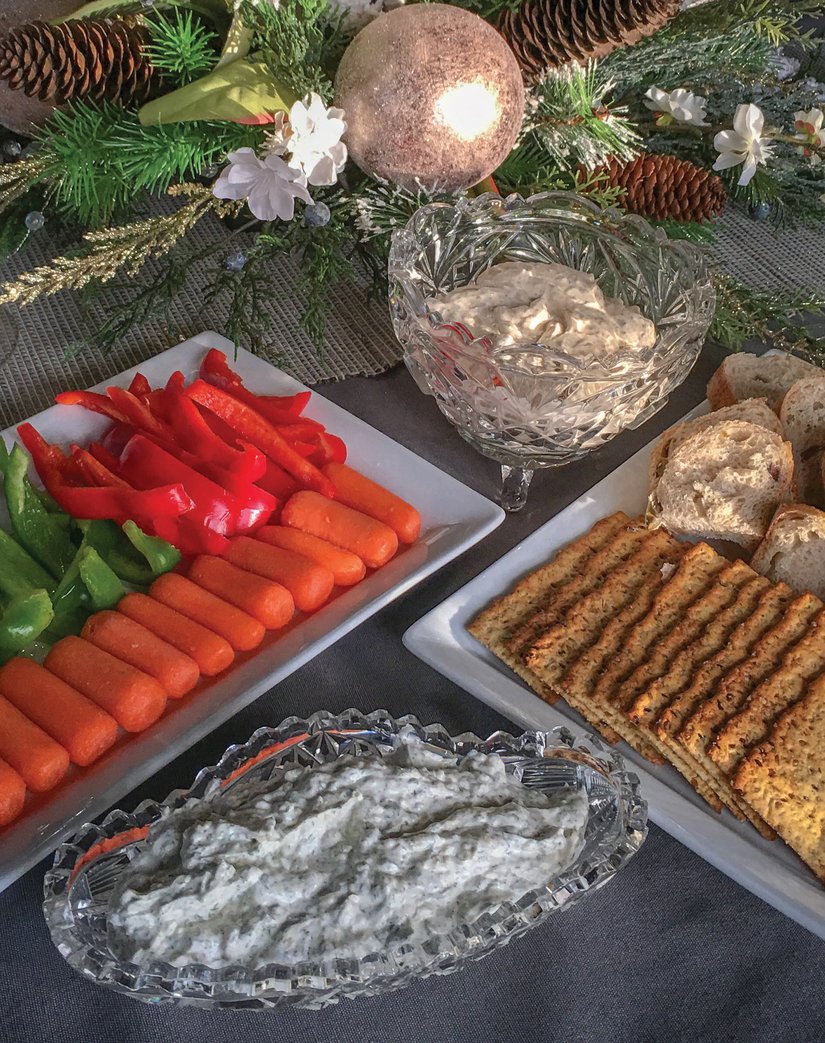 With the holidays fast approaching, regardless of one’s culture or traditions, sharing good food is always involved. Whether it is food at work or gatherings with friends or family, in the next 2 months we will be surrounded by food. If you enjoy cooking, your search for recipes begins. If you are someone who doesn’t love to fuss in the kitchen, then the search for bringing something store-bought or simple to prepare is on your mind. One item that graces every table, whether in the break room at work or the appetizer table at a party, is dips. Ever wonder how dips became such a staple? Or for that matter, how they got their start? Their history is long and, as with most food related topics, fascinating!

We take a quick step to antiquity for the origins of dips. We can thank the Mediterranean for hummus and tzatziki. Hummus, a combination of pureed chickpeas, tahini, lemon and garlic has been documented in Egyptian writings in the 13th century. Tzatziki, the Greek yogurt dip spiced with aromatic herbs, lemon and cucumber, also has its roots in the Mediterranean. Likely its origins are Greek, perhaps influenced by the Indian dish, raita, another version of spiced yogurt. We move across the globe to South America to find the treasured beginnings of guacamole. The Aztecs are credited with guacamole, with records dating prior to the 16th century. The avocado, rich in protein and fat, was thought to be an aphrodisiac, so perhaps this helped propel its popularity!

While these ancient dips intrigue and remain popular, what, then is the origin of our many beloved dips that accompany high ranking American food such as chips, wings and vegetables? There are references for mayonnaise-based dips in the 1947 edition of Fannie Farmer’s cookbook. In general, though, dips were not “a thing” until the 1950s, thanks to a few food trends. The first is the potato chip, invented in 1853, but popularized much later in the 1940s and 1950s, by a man named Herman Lay. (Who, by the way, merged his company in 1961 with a company started by Elmer Doolin who fried corn tortilla strips, calling them fritos, after the Spanish word for fried.) During this same time period, the Lipton soup company had saturated the market with its instant soup mixes, and needed a new outlet to continue growing. Thinking outside the box, they suggested mixing the dried soup mixes, and in particular their French Onion Soup mix, with sour cream. And while this dip would have been delicious on fresh veggies, the popularity of chips at the same time period made the perfect dipping vehicle!

Another trend suggested to have made us reach for more dips is television. Full scale commercial broadcasting of T.V. took place at the end of the 1940s. By 1955, half of American homes had a television. As we watched our favorite programs, we, of course, wanted to eat. Since television watching took place sitting on a couch in the living room or family room, we needed food items we could easily grab. Chips and dips were perfect!

Dip recipes throughout the 1960s and 1970s abounded. Soon it was more than sour cream and onion dip. Crab, clams and lobster dips were everywhere. Salsas, bean and queso dips were plentiful. Dessert dips found a place on the table. Homes and restaurants were soon enjoying dips made from salmon, spinach and artichoke, mustard, and of course, close to our hearts, Buffalo chicken dip. Over the past 10-20 years, dips continued to evolve, from the classics to gourmet and international. Looking for an excuse to have them all? Host a dip party!

Stuart’s Spices at 754 South Clinton Ave has over 200 spices and blends. Our staff is happy to help you select the right blends to create mouth-watering dips for your holiday or game day tables. In addition to our dip mixes such as Texas Honey or Beau-licious, some of our favorite dips use our Chipotle Lime blend and our Rochester Plates Meat Sauce seasoning. Everything at Stuart’s is produced on-site, in small, handcrafted batches. Each blend is an original recipe and we are proud to use only premium quality spices.

With the holiday season approaching, we wish you all seasoned greetings!