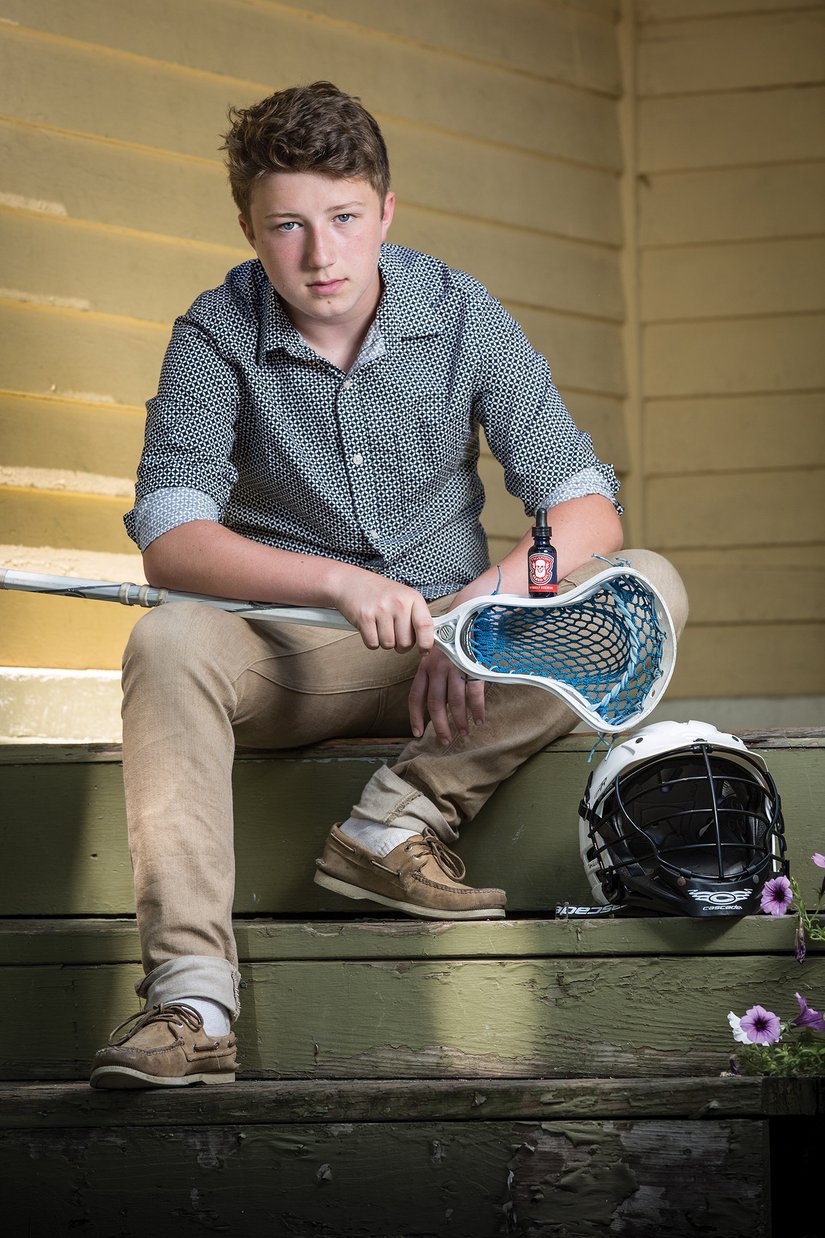 One day when South Wedge resident Spencer Koehl was sitting in Mike Bauman’s chair at the barber shop, Spencer told Mike about needing an idea for a business. Spencer had joined the Young Entrepreneur’s Academy while still a freshman at School
of the Arts and had a strict deadline to come up with a business idea. Mike suggested beard oil and even though Spencer doesn’t have a beard, the idea caught his interest.

Hop, skip and jump to this spring when Spencer was one of 15 entrants in this year’s YEA! contest and yea! he won first place with a $1,400 prize and three-months’ shelf space at Parkleigh, Rochester’ trendy gift shop for over 50 years.

Spencer had started with a different product name, but one of the investors told him that name was already in use. Then one
of the mentors, Mark Ragus, suggested Vagabond Beard Oil. The business launched at the end of March and Spencer has been selling to Parkleigh, thread clothing store at 654 South Ave., and Bauman’s Barbershop, now at 732 South Ave., where it sells for $12 for a one-ounce bottle. The Period Bath Supply Company and Apothicaire Bath Body & Home at 528-540 South Ave. are also coming onboard.

A-maz-ingly, Spencer developed his own formula using carrier oils like jojoba and grapeseed that soften and moisturize the skin and also prevent acne. Then he added essential oils for scent – like bay rum and cedarwood. “They smell great together.”

To the question, of how he came up with those, he said he got feedback from Mike and his dad Andrew Koehl, to create a scent that is warm in winter, light in summer and something the girls would like.

This summer when he flew to San Diego to visit family, he gave a bottle to a man on the plane to try. Word is, that bearded traveler liked it a lot.

These days, Spencer works about 10-15 hours a week on the busi- ness doing things like expanding his Instagram profile, starting up monthly subscriptions, and reaching out to other shops. He attributes much of his success to the label’s design, targeted to trendy, bearded 20-30- year-old men. He said women also are buying the oil as gifts but unless someone as already tried it, it doesn’t sell well online, there it’s best for repeat purchase.

The biggest surprise for him through all of this was the investor panel where he competed against 15 other projects. Even though after winning locally, he did not place in the national semi-finals this spring, he said, “It was a great experience talking to other kids from all over the nation.”

Understandably, his parents, Gayle Lynch and Andrew Koehl are very proud of how he started from nothing and in three-months’ time, his business has become so successful. So if Spencer had to write a how-did-you-spend- your-summer-vacation essay he can share that he celebrated his 15th birthday in the beginning of August as a proud new business owner. His very own fabulous quotation: “I’ve received great feedback on the product despite my age and clean shaven-ness, and I’m excited to continue to grow the business.” Congratulations, Spencer!