The Reality of Yelp

According to Wikipedia, “Yelp is an American multinational corporation ... which publishes crowd-sourced reviews about local businesses... The company also trains small businesses in how to respond to reviews, hosts social events for reviewers, and provides data about businesses...”

Founded in 2004 by former PayPal employees, Yelp grew quickly, ex- panded across Asia and Europe, and went public in 2012. Revenues are generated from business advertising. Today, with over 135 million monthly visitors and 95 million reviews, Yelp has become the world’s most influential and powerful online review website in the world. However, Yelp’s relationship with small business is well-known to be very rocky. Just the word “Yelp” elicits rantings of anger and distrust among small business owners. So, how is it that Yelp, which provides free business listings and hosts live local events intended to help business owners derive maxi- mum value from their “product”, has become so disliked by the very businesses it claims to serve?

At the center of the controversy between Yelp and small businesses is their review algorithm. is proprietary software fllters reviews in and out based on a set of criteria that it claims prevents businesses from gaming the system. According to Yelp’s website the automated software recommends reviews “we think will be the most helpful to the Yelp community based primarily on quality, reliability and the reviewer’s activity on Yelp. Advertisers get no special treatment.”

For example, the following reviews get ltered out:

• If the reviewer doesn’t have a complete Yelp pro le or doesn’t add their other social media pro les (Facebook, Twitter, etc.) to their Yelp profile

The bottom line is that most small businesses feel that valid customer reviews are ltered out of their “Recommended Reviews” section. I have personally seen reviews go from “Recommended” to “Not Recom- mended” and then back to “Recommended” with no apparent rationale. Other reasons that business owners dislike Yelp: Many business owners have accused Yelp of extorting them by agreeing to lter less than stellar reviews in exchange for advertising dollars.

Yelp encourages businesses to respond to poor reviews but pro- vides no mechanism to challenge its recommendation software. Yelp refuses to engage with customers about the review process but does not hesitate to aggressively sell its advertising. Yelp openly states that advertisements from competitors will show up on your Yelp page if you do not purchase advertising from them. Yelp discourages business owners to ask for reviews from their customers, and lters out any review that the software “thinks” is solicited.

Because there is no way to “opt out” of being listed on Yelp, they and other online review sites are a necessary evil for business owners. Here are some ideas from small business owners on how to deal with Yelp:

• Do not avoid Yelp! It is not likely to go away, as much as you might wish it would. It helps with SEO because it is a high-ranking website and business directory. So claim your business pages on Yelp and other review sites. 88% of customers trust online reviews as much as personal referrals! Plus, there are LOTS of Yelp users who love Yelp, and many of them are your current and prospective customers.

• Make sure the information about your business is complete and correct. Update it often. Make sure to include maps/ directions, photos, and special o ers/discounts/coupons.

• Thank customers for positive reviews. Respond to negative reviews quickly and thoughtfully by trying to see the issue through the reviewer’s eyes. You can also contact the reviewer, do something nice for them to resolve the problem, take it o -line if necessary, ask them to revise the review and then post the results so your customers can see how responsive and helpful you are.

• Encourage your customers to review you on Google, which is used quite a bit more than Yelp. Many believe that Google reviews are of a higher caliber than those on Yelp.

You can also review Yelp on its own website, Google, and other public review sites such as Alignable. is small business network o ers free business listings and their pro les are ranked highly by search engines. Recently, over 400 small business owners recently gave Yelp a 1-star review on Alignable, venting their frustrations via hundreds of comments.

Yelp maintains that their lter is intended to protect review integrity by ltering out suspicious reviews such as negative reviews written out of spite by disgruntled employees/ customers, or overly positive reviews written by friends and family of the owner. However, when combined with its aggressive e orts to sell marketing assistance to those same businesses, this creates an irreconcilable conflict of interest. Most believe it can’t be both, but it isn’t going away any time soon. 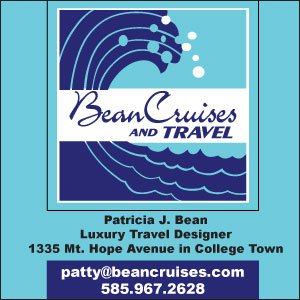